The concert season kicked off in March with “Romance” – a carefully choreographed programme tracing the frequent trials and occasional tribulations (have I got that right?!) of two young lovers. Featuring some gloriously lush music, including Bizet’s Habanera and Fauré’s Pavane, in the marvellous facilities and fine acoustic of the Queensland Academies Theatre, crowds were healthy for both the Saturday and Sunday shows. 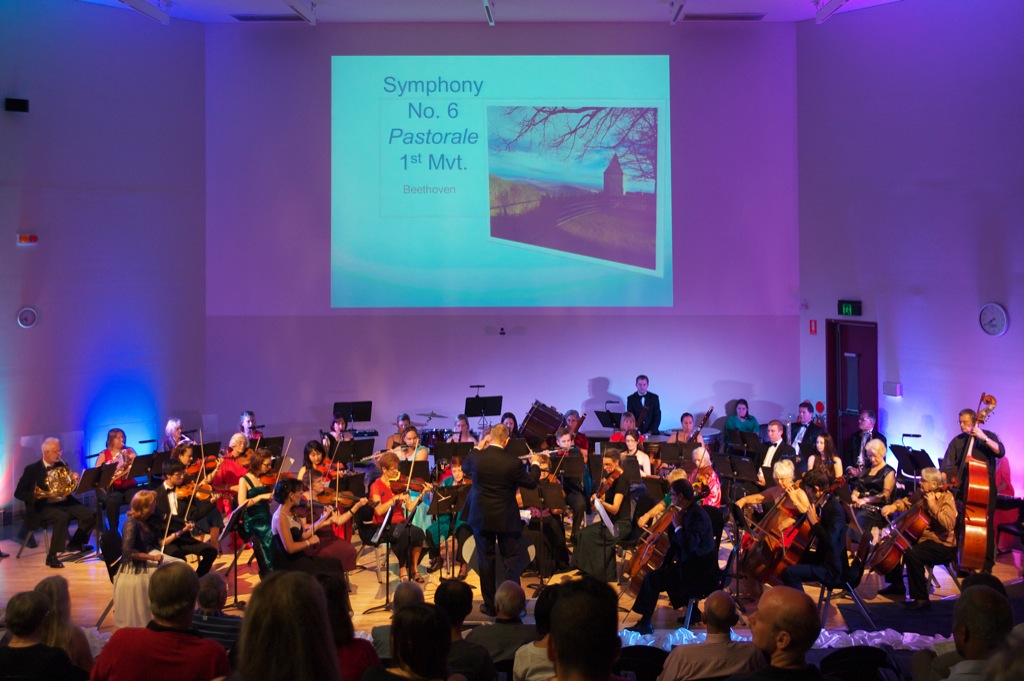 Following soon after, in early April, was our most exciting event of recent years – “Surf, Seafood and Symphony” on the beach at Surfers Paradise. What must surely be the biggest crowd the Orchestra has ever played to packed the beach and surrounding walkways, and were treated to an evening of top quality entertainment. With the lights, the PA system and fireworks to finish, our musicians got to feel like rock stars for the night!

Later in the month, it was back to our regular annual spot providing the music for Robina’s Anzac Day ceremony. The Anzac tradition still burns strongly in Australians and, as a community orchestra, it’s an event in which we love to participate. A patron later told me “you should have heard it – everybody was in tears” … though I really doubt we were that bad.  Sorry guys, just kidding!

Open rehearsals have been a fixture in our calendar for many years now. These allow us to open our doors to the community that supports us so generously and, through our “Biggest Evening Supper” event in support of the Cancer Council, also give something back. For both the mildly curious and the seasoned concertgoer, this is a chance to witness how the conductor marshals his forces and – through close attention to tempo, phrasing and dynamics – turns an ordinary performance into a special one. “Inside the Orchestra” even gives you the rare opportunity to take your seat among the musicians, and experience the true power of an orchestra.

July’s “Arabian Nights” featured Rimsky-Korsakov’s “Scheherazade” in a programme of exotic oriental-themed favourites, with the hall suitably transformed into a Bedouin tent for the day. The effort was rewarded as we drew our biggest concert audience in several years, and the many plaudits we received suggest that a wonderful time was had by all. 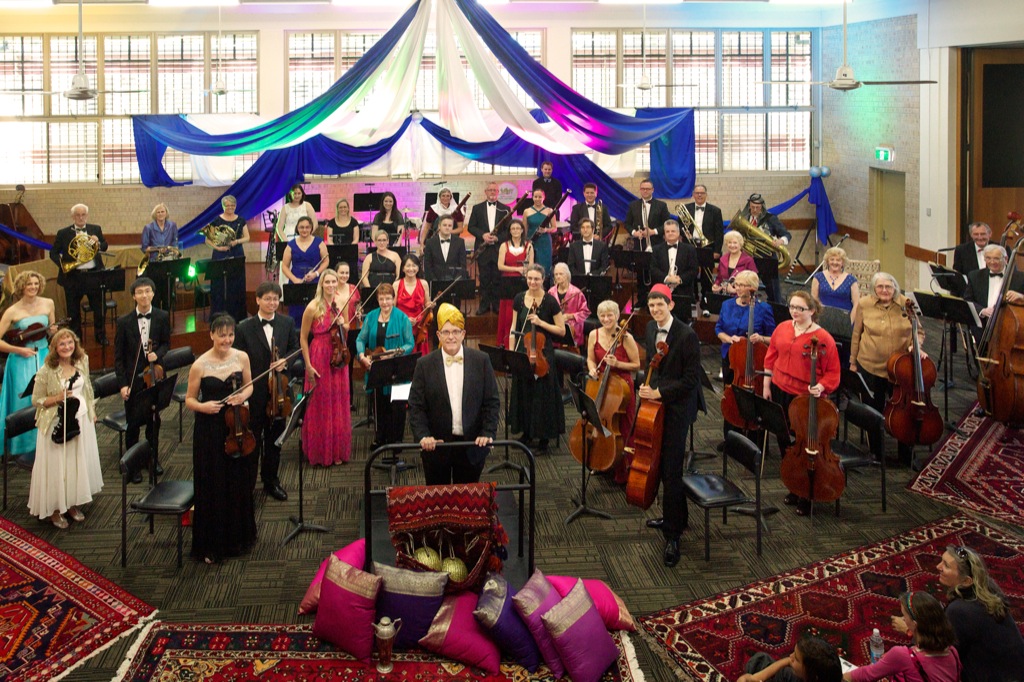 After the hugely successful Children’s concert held in the new Helensvale Auditorium last year, so many people asked us to do it again that we did – and added a second performance to cater for the expected crowd. The centrepiece was Prokofiev’s “Peter and the Wolf” – fun for the kids, but challenging for the musicians. It is wonderful to witness the enthusiasm of the next generation of orchestral music-lovers.

Close to my own heart was the “Sunday With Friends” charity benefit concert; an afternoon of chamber music featuring a number of local musicians with connections to the orchestra. It is such a thrill to be able to provide a platform for them to share their special gifts and our faithful, discriminating audience was treated to exquisite music of the highest quality. More than one of the patrons echoed my own thoughts – “how is it that such talent exists all around us?” Proceeds from the concert allowed us to make a number of donations to local charities. 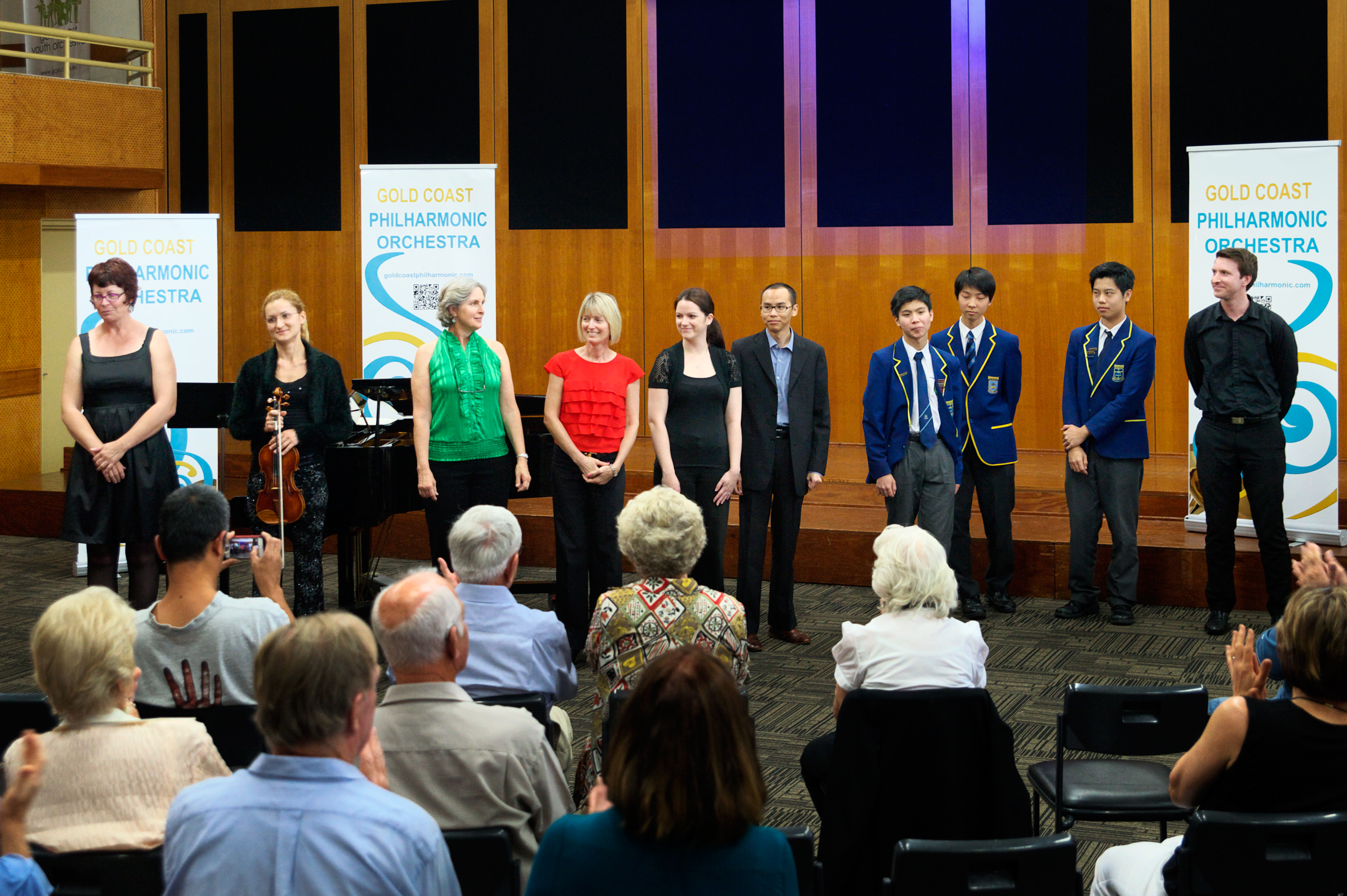 The two “Christmas Wish” concerts at the end of November brought our year to a suitably festive close, with a spectacular Christmas Tree on display in the foyer of The Queensland Academies Theatre. Our numbers were swelled by the excellent Coastal Charisma who, in addition to their own a cappella stylings, joined us in some popular Christmas songs. There was also a superb performance by the 2014 Youth Concerto Performance Opportunity winner, Oscar Wong, who held the audience spellbound with Schumann’s glorious Piano Concerto. We hope to give you another chance to hear Oscar’s playing next year, so stay tuned! 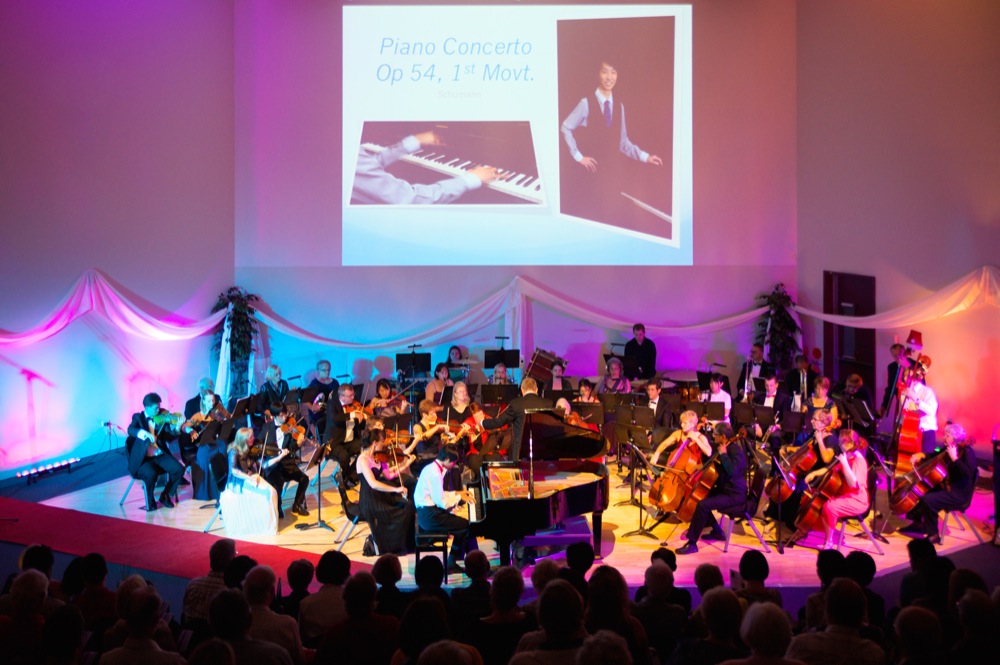 Looking back on a year that has been successful for the Orchestra in every respect, it only remains to thank everybody – all of the musicians, Committee members and the many volunteers who perform vital functions, week-in and week-out – whose efforts help to sustain the Gold Coast’s own symphony orchestra. We look forward to seeing you again in 2015!