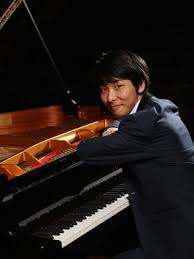 In  2014, Oscar Wong was 16 years old and in year 10 at Emmanuel College, Carrara. He started playing piano at the age of seven, currently studies with Mrs Jennifer Newcomb and achieved both L.T.C.L. and L.Mus.A awards with distinction. Oscar has been awarded early entry to the Queensland Conservatorium of Music.
He has performed in many eisteddfods and concerts, won the 2014 Most Outstanding Performer Award at the Gold Coast Eisteddfod and performed at the Annual Musicale concert at The Arts Centre Gold Coast.
Oscar is involved in a piano trio at his school, as he enjoys chamber music as well as performing solo. He also plays bassoon and violin and in his spare time loves playing tennis and table tennis, and watching anime (Japanese animation).